No, I don't want to live like that either but look- I've got a new idea. Not about how to live (out of ideas there) but about this blog- which hasn't been exactly buzzing recently. Thus the long gap...

But how about we play a game? I'm going to post three pieces of writing. They could be a sentence, a paragraph or much longer. I might type them or write them out a la Three Books and then photograph them, but whatever, I'll post them here. In response you give me three images. They can be old or new, doesn't matter. The only rule is that they are an honest response to the text. And in response to those three images I'll give you three new pieces of text. And so on, till we get bored or figure out it's going nowhere.

Just writing about stuff doesn't really seem to be working, and my website is going live soon (!) and I have a blog there for that anyway. What I've always wanted to do with you is a project, a dual thing, and equal thing that is about words and images. 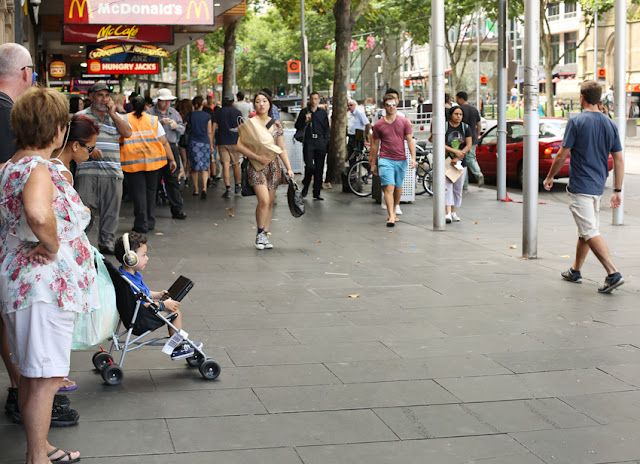 I don't want to live in a world like this.  I feel like I have so much to say but can never find the right words.
Posted by Unknown at 13:46 No comments:

At first all I see is the sweetness. The two together, the peace and intimacy that I so wanted when I was single. The idea of the other half, different but the same. The absence of loneliness. It makes me think of two things in parallel, the time of our twenties, which longed for such a partner, and the sweet time before there were children (and before the fear that there might never be children). The light is so warm. The world seems very complete. The balance between the little conker animals on their matchstick legs and the symmetry of light, the window for one, and the light from the window on the wall for the other.  The unfocussed branch (is it eucalyptus?) at the top matches the little bit of gubbins on the surface at the bottom. It’s a peaceful image, where the static of time is inviting rather than oppressive.

But then I noticed the faces on the animals. The one by the window looks like the Roswell alien. Which is funny at first. But the other one is more skull like. Actually, it looks like Munch’s screaming head. It’s unnerving, in such an intimate image, and now I find it hard to look at anything else. The still image has become a moving one, with its own before and after, innocence and experience.

You see how neatly I am moving from you to me, from still images to moving film. Maybe because I am trying to shape this into a story. And there are so many stories that could come from this picture. I bet in one of them those little match-head feet are going to ignite. But I don’t have a story right now for these little creatures. Actually, stories are a little elusive at the moment. Maybe, between projects and tied up in endless practicalities, all I can do at the moment is look.

Can I have something else to look at?
Posted by Unknown at 02:08 No comments: