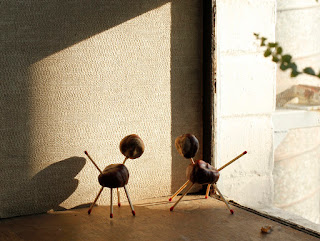 How is this world for you?
Posted by Unknown at 04:12 No comments:

Strange but kind of satisfying that we didn't get round to mentioning this project when you came round on Monday. I like the idea that is exists only in itself- only here in this space, like an imaginary world. Christopher Isherwood, with whom (as you know) I am currently obsessed with, created an imaginary world called Mortmere with his friend Edward Upward. They would write stories, or parts of stories, and leave them on each other's desks to be read or completed.

So- if you still pop in here once in a while, and if you have the time (ah....time....) can you make a picture of our imaginary world? If you do, I'll write a story about it.

I can't manage to post a video clip. We may have to get together for this...

I wanted to put up the one of the sign outside the studio, in that beautiful and slightly home-made typeface, which says:

TO ROOF ONLY NO ESCAPE

Which I've always found so strangely touching, and which links in so well to all the lost paths. Like the lost path of being a full time artists because I am being an almost full time mother.

But that's cheating really because when I wasn't a mother I wan't exactly putting in the full days at the studio, and I sure as hell wasn't winning the Turner Prize. And anyhow, the work I've done since the children, though SLOWER, is so much better than the things I was making before that my chances at the prize, though pretty small, are probably bigger, apart, of course, from the fact that I'm getting too OLD...

Not that I actually care about prizes. I mean, I CARE, of course, but I don't really care. I care more about making work that I like. I care about getting that out somehow.  I really care that James and the kids are all right.

I do care about whether I'm an artist or not, and thinking about that as I struggle to publish the books and deal with the lost negative issue.  Am I an artist if I keep making things and the things are good but they don't get widely seen outside of my own circle? Christopher Isherwood defines  an artist as (and I don't have the book here so I'm paraphrasing, I'll post the accurate quotation soon) someone with a disinterested desire to entertain. Now, I think I have that- I'm interested is success and audience but their consistent refusal to arrive don't stop me making more things. But then again, Isherwood could have been wrong.

Isherwood in interesting here, on this project, for two reasons. The first is his decision to make his undisguised contemplation of his own life the basis of his art. The second would be his disinterest, bordering on contempt, for children and family life.

So you're right. If we say this is art, then it is.

I agree with you about the fonts. Lets keep it how it is for the moment.

I'm thinking Dante here but I'm thinking you knew that, having read way more books than me.
Posted by Unknown at 03:05 No comments:

1.  yes, it's really easy to add a video.  when you are writing a new post look at the icons at the top of the page.  click on the clapperboard and you can choose a clip to upload.

3.  if it doesn't work we can try and do it together

4.  I know what you mean about knowing who is who.  I did think that but now I quite like the ambiguity and that you have to read through to find out what is going on and that the text is responding to the previous text.  We can change the font - same tool bar as above.

Practically, I'm not sure how many female artists there are with children.  I think some woman make the choice not to have children as their work gives their life purpose and direction.  Alternatively, with one child, the period of intense parenting, when it really is impossible to do much else, is 5 years - just a work sabbatical really!  The good news is that it is no longer necessary/tolerated/expected for men to preen themselves and believe their work is so incredible and important - taking over the role as main carer and looking after the household is not viewed as failing.  I think the difficult part is realising we can't have everything - time, money, holidays, relationships, success, a tidy house, good food and drink......Shame though.
Posted by Unknown at 02:56 No comments:

A Couple of Questions

I have a couple of questions about the project:

I'm guessing you are working. I have another question? Other artists, how do they find the time to work and also look after kids, cook, clean and do laundry? I get that there are many, often men, who have partners who do it all for them- or if they are single, they can let it all go to hell and who cares anyway. But what about the women artists with kids, whose partners work. They can't all afford full time help- so how do they do it?
Posted by Unknown at 06:25 No comments:

Ok, not the images I was expecting. Interesting.

But what I really like is the way it makes me question the whole idea of the project.

Suppose we say that the white screen behind this blog is the white walls of the gallery that we are making for ourselves, and that the piece that we are making has to be a conversation, because there are two of us, but isn't exactly a private conversation. Then what? It can't be completely formless, because this is art (right?) not random personal musings. But because it is taking the blog form, it has to have some element of randomness, of conversation, with its twists and turns and unresolved moments.

Though while we are at it, why shouldn't art be random personal musings, just with backbone?

How about this for a skeletal structure?

The confluence of family and the outside world, the public and the private, intimacy and openness. The pressing desire to inhabit both successfully and the the intense annoyance that just doing one well takes more time that we've got anyway. And certainly about the position of women in this- woman artists, woman parents.

Which brings me to the woman in your picture (and to the queen!).

Tell me again why you call her a suicide girl?

I know the pictures you are talking about- queen-wise. There was one hanging at the border crossing when I went in to Canada, young with a blue velvet robe and an orb in her hand, with short curled hair. Have you tried the Commonwealth Institute?

The Queen and Parking

I'm trawling the internet trying to find a photograph of the queen when she was young.  You know, the ones that are framed in community halls - or were, do they still have them?  I can say I have no over riding feelings about the queen, good or bad.  This is for Ben, it's kitch and he'll love it.  It's his birthday and I need to find one and catch the post.  I have to order visitor's parking permits too.
Posted by Unknown at 12:57 No comments: 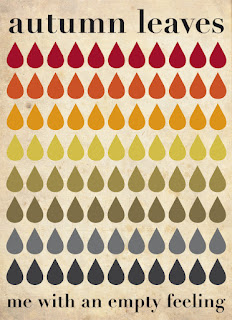 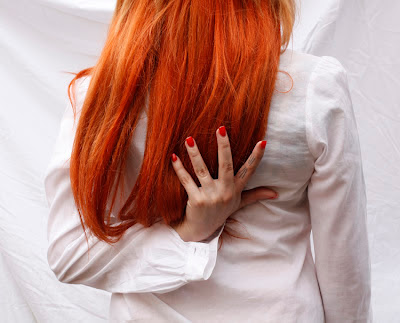 Email ThisBlogThis!Share to TwitterShare to FacebookShare to Pinterest
We have moths too.

This morning I got up at 6.15. I had to sing 'The North Wind Doth Blow' to Coni to stop him crying and persuade him that it was a bad idea to go to kindergarten in his pirate t-shirt and cut off jeans. I gave them all breakfast. I made Riva's packed lunch and put it in her bag. I gave them their vitamins, and then had to clear up the one Lila chewed for a bit and spat on the floor. I got Riva off the loo and brushing her teeth with a mixture of begging, threats and shouting. I got them to put on their shoes and their jackets and heaved their bags on their backs, and I put their cycle helmets on and James loaded them all on the bike. I called from the door "I love you! Have a lovely day!" to each one because I always think- if they have an accident, if anything happens, I want my last memory of them to be something I could bare.

Then I cleared up the breakfast things. It's my day at the studio and I wanted so much to go early but it was a tip, it was a disaster zone, and it seemed rotten that James would have to come back to that. It took forever and I did it badly. I brushed my teeth but I didn't have time for a shower, and I came to the studio. I am going to work today, but I have to order Riva's new bed first because we promised her she could have her own room when she started Class 1 and she's been there a week and a half now.

I love what I've got, and I know that I'm lucky. But I don't know if this is the way to go about winning the Turner Prize. And they have an age limit Sue, so we have to hurry.

Can you send me an image?
Posted by Unknown at 01:40 No comments:

mum's gone (home)
summer's gone
and we've got moths
Posted by Unknown at 05:54 No comments: